This week I was invited to recite a poem among a community of Indian progressives, on the theme of resistance. After searching for a poem already written, I decided to scratch an itch and compose something originally.

Recently, the Madras High Court—the highest Court in Tamil Nadu state in India—issued a ruling that rightly garnered a lot of press attention. It pertained to a case involving young LGBT+ people seeking relief from state and familial pressure.

Unusually, the judge embarked on a journey of discovery and overcoming bias in the process, to eventually find in favour of the LGBT+ petitioners, and then issue a wide-ranging ruling that promoted LGBT+ rights in government and society. For that alone, it is a worthwhile case to study.

But the media interpretation of the case has co-opted the narrative in a more sensational direction. And this requires us to be cautious in understanding what has actually happened with the ruling, and what lessons we can draw from overseas.

The New Zealand parliament has been mulling a law change purportedly to benefit trans, non-binary, and intersex people by streamlining the procedure to update one's birth certificate sex marker. However, contrary to popular belief and demand, this change is constructed in a way that would be harmful to some of those people, particularly trans, non-binary, or intersex people of colour. In this post, we will see why the proposed law is racist, and how it might be rectified.

In a new opinion piece on The Spinoff, Max Tweedie questions the Labour government's funding cuts and gaps for rainbow concerns in the latest budget. Tweedie comments that activists have spent limited resources focusing on issues like “a conversion therapy ban” and “self-identification on birth certificates”, but the government should nevertheless increase funding in other areas for rainbow community benefit. These two phenomena — one enhancing state violence with a ban, and another neglecting community improvement in the budget — are presented as if they were disconnected. But they are actually related. Boosting the state's carceral strength through a conversion therapy ban, provides cover for the deterioration of budgetary support for constructive community-building options. Ironically, it is the very efforts of activists, including those who pushed for a conversion therapy ban, that allows the political trade-off we are witnessing to take place.

What solidarity do trans people want from allies?

What solidarity do Trans people want from allies, how can communities enable more self determination by Trans people?

This is impossible for an individual to answer. There will be wide-ranging perspectives within the distinctly non-monolithic set of all trans people.

So I can only answer for myself. Here are my responses, which may be a little different to the usual, prevailing narratives.

Recently, near the start of Pride Month 2021 here in Tāmaki Makaurau, I attended a hui hosted by the Department of Internal Affairs and its Office of Ethnic Communities, the first of its kind to focus solely on rainbow ethnic community members.

It was alarming to learn how deceptively the Office sought to approach our rainbow ethnic folks. While they seemed to offer an olive branch and asked to build relationships and bridges for future development, they failed to acknowledge the history of harm (ongoing) towards rainbow ethnic people that they have been complicit in.

And it got worse.

As the new year 2021 began, the NZ COVID-19 group posted a new video on its social media channels, particularly Twitter. The video included flashing images and strobe effects and motion, which could induce seizures, migraines and other adverse reactions. The video was posted without a warning. For safety, the original tweet and the @covid19nz Twitter profile are not directly linked here, but a still-image screenshot is reproduced below: 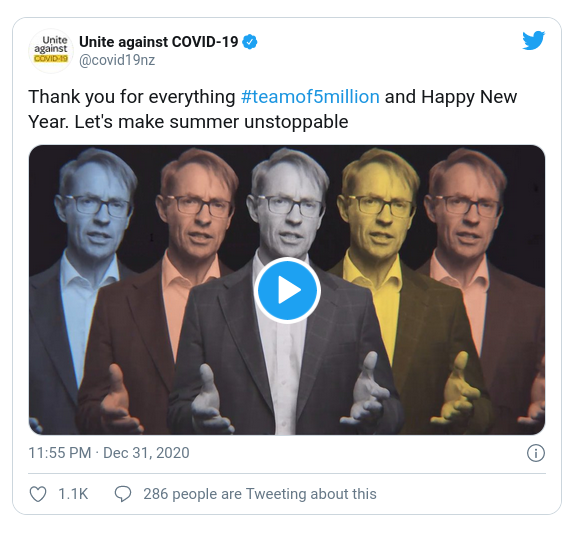 It is not uncommon for such inaccessible media to appear on the web, but it is interesting that this particular video is published by a government body — an arm of the Ministry of Health, which one might expect would support Disabled people better.

So how bad is it? Why did this happen?

And what did they do after being informed? Why didn't that make things better?

A tweet by Peter Dunne has stirred up a small backlash of denial and insecurity that I have found endemic to NZ society. In the tweet, Dunne criticized, somewhat obnoxiously and with politicized overtones, the New Zealand Government's COVID-19 tracer app's design. The tweet was brief and vague, but importantly attributed the “woeful” usage rate of the app to its “clunky” design.

Whatever else the tweet may convey about the political characters involved, the fundamental premise that the design of a system determines its usage is a sound one. Let's see why.

An issue at the fore of my mind is rainbow policy. In my previous post, I broke down the Green's disappointing 2020 vision page on Rainbow communities in some detail.

But this is not the sum total of the Greens' policy output. Oh no. It gets worse.

It's election season 2020 in Aotearoa and the Green Party has published a “vision” document with a range of interesting policies. I am interested in all of them, but especially the Rainbow communities policy (page 30). While much of the document was encouragingly progressive, I was disappointed to find a casual, lacklustre rainbow policy, whose premise and recommendations were implicitly racist, contradicted the rest of the vision, and especially defeated the Think ahead slogan of the season.

And yet, I see the policy being lauded on social media — especially by Pākehā LGBTQIA+ people.

So I'd like to break this policy down and hopefully show why it falls short of the standards the Greens set themselves.